A wolf hybrid by definition is a canine produced by mating a domestic dog (often used are: Shepherd breeds, Huskies or Alaskan Malamutes) with a wolf (Gray wolf, Eastern wolf, Red wolf etc.). Through social media they have gained popularity and the breeders praise these animals as great companions for people who like spending time in nature and want a loyal partner that is not blindly taking commands. Especially nature loving people who were always fascinated by the wolf are drawn to these animals and do now have the the opportunity to keep a similar looking and behaving animal as a pet. Sounds great right? 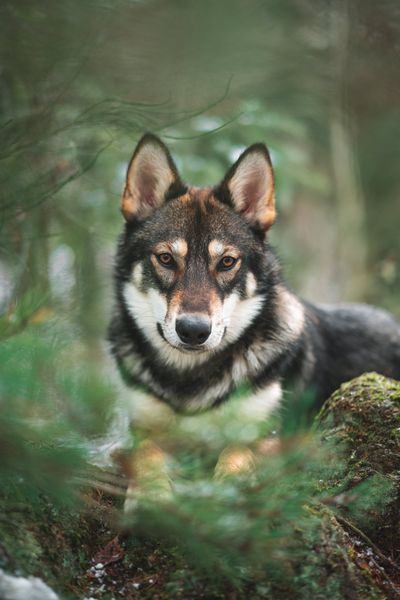 I have to admit: just like wolves, the hybrids look very impressive and are extremely beautiful. You will probably gain a huge instagram following when you own them as a pet and you will definitely be the center of attention with an animal like that on your side. However these are also the only „positive“ aspects I can think of when thinking about wolf hybrids as pet dogs.

There is a reason why our domestic dog is such a great companion for us humans. And the reason is that the dog has evolved on our side for tens of thousands of years. During this long time span, dogs have learned to cooperate with us humans, read our body language and adapt to our lifestyle. This willingness to cooperate and ability to adapt to human civilization is what makes them such great pets. They can be trained to herd our livestock, they can assist people with special needs and they can go on our daily business with us being our everyday close companion.

dogs are different from wild wolfs

The wild wolves today, on the other hand usually keep their distance from humans. They are extremely shy creatures and would never willingly go into interaction with a human. There are even some scientific studies highlighting the difference of domestic dog and wolf concerning the interaction with humans. Scientists from the university of veterinary medicine in Vienna found out that generally both wolfs and domestic dogs are able to cooperate with humans. Domestic dogs however are even better at cooperating with humans than with other dogs. Wolves on the other hand are better at cooperating with other individuals of their own species than with humans. I think this shows quite clearly why we keep our domesticated dogs as pets and not wild wolves.

If you now cross a domestic dog with a wolf you get a canine that will definitely have qualities of both of those animals but in varying parts. In some crossings you might really get 50% dog – 50% wolf but that is almost never the case. You might get 70% dog and 30% wolf or even 70% wolf and 30% dog – every puppy in a litter of wolf hybrids is a complete surprise package. While an individual that is 30% American Wolf and 70% German Shepard might make an okay pet, its brother that brings a higher genetic percentage of the wolf might be an absolute disaster for its owners.

Challenges of owning a wolf hybrid

Enthusiasts of the „breed“ describe wolf hybrids as more intelligent, more independent and less submissive than their domesticated relatives. Wolf hybrid puppies are playful, cuddly and open to new things, just like any other puppy. When they hit puberty however, and start to mature, their real wolf like character comes to show. It is very likely that they become fearful, shy, aggressive, destructive and generally not manageable by the average human. These behaviors are also not easily changed by training with some treats like you would do with a domesticated dog with behavioral problems. Shyness and fear of humans are deeply engrained in the genetics of the wolf and will persist even with years of training by humans. Most times, the only way to own a grown wolf hybrid is to keep it in a fenced in enclosure outside like a zoo animal. And I bet, this is not how most people imagine living with their „pet wolf“. Also for the animal this is obviously not the ideal way to live since it would rather roam in the wild like its relatives.

Hybrids damage the reputation of the wild wolf

If owners then don’t have the resources to keep their wolf hybrid in a huge enclosure or are generally overwhelmed by keeping it as a pet, they might feel it is better so set it free into the wild. This also often happens because animal shelters are not able to take in such animals and so the only solution for an unwanted wolf hybrid would be to put it to sleep. A wolf hybrid can definitely survive in the wild, since its fur can protect it from weather conditions and it is also equipped with the hunting skills of its wild ancestor. However, since they grew up close to humans, they might sill seek the proximity of humans more than wild wolves would naturally do. These set free hybrids are then the individuals, that will give the actual wild wolves a bad reputation by visiting villages at night, getting too close to humans or killing livestock as prey. Furthermore they will mate with wild wolves and by that destroy the genetic population of the wild wolf. So in the end, exactly those people who „love“ the wolf so much that they want to keep it as a pet, are now the ones actually making it harder for wild wolf populations to survive by forcing nature into their living room and not thinking about the consequences.

So if you are one of those people who is fascinated by the wolf and is thinking about bringing a wolf hybrid as a pet into your life, I can only strongly advise against it. It is a disaster for the animal, for yourself and ultimately also for the ecosystem. If you wish for an outdoorsy, challenging dog whose trust you have to gain, there are plenty of homeless dogs waiting in shelters all over Europe. Some of them might even be some kind of Shepherd-Breed and Husky Mix and bring the looks of a wolf that people are so drawn to. I am usually a big advocate for listening to all opinions in a discussion but in the case of owning wolf hybrids as pets, I cannot see a single argument that speaks for it. I would strongly wish that people take responsibility and think about the consequences of their actions when deciding wich pet really fits their lifestyle. Of course with wolf hybrids, I choose a rather extreme example for the blog entry today.

I hope you still enjoyed this more serious text! Nevertheless, choosing the right breed of dog for yourself is a crucial part of being a responsible dog owner. So if you are unsure which dogs fits your lifestyle, our dog trainers are here for professional and solid advice! 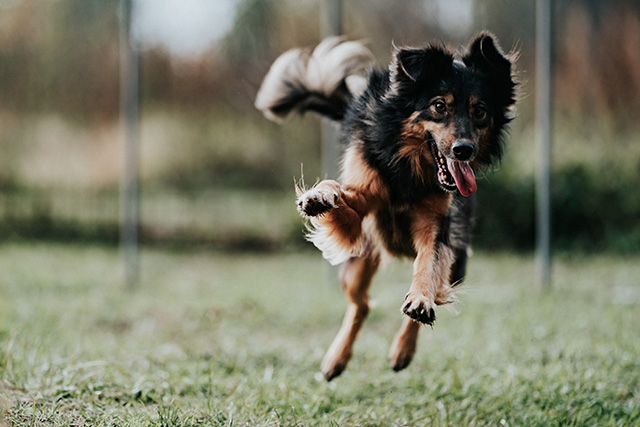 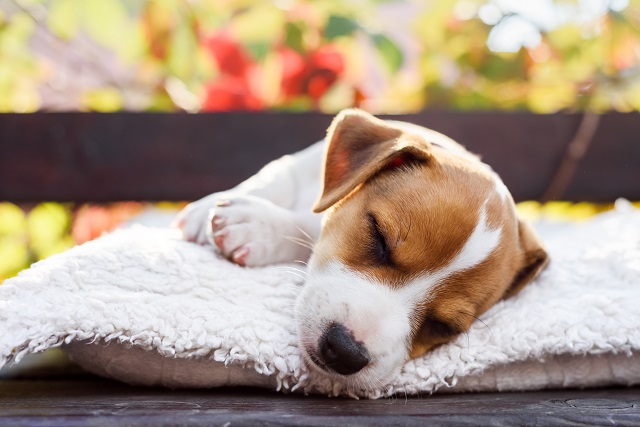 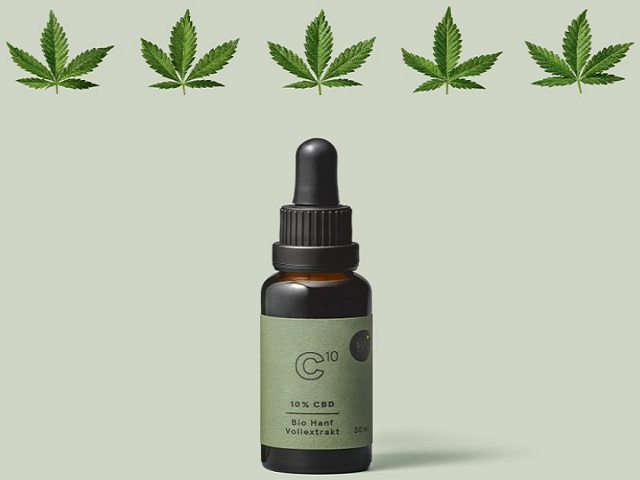 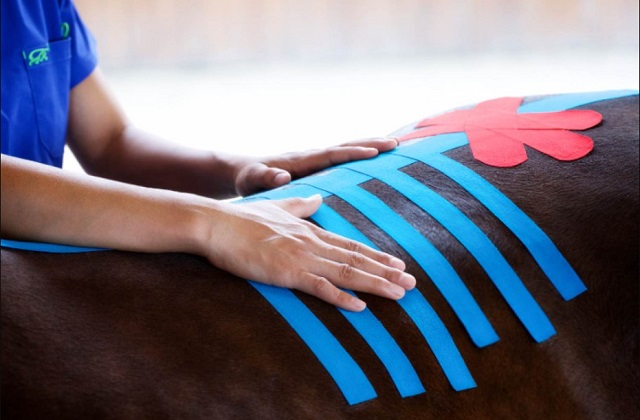 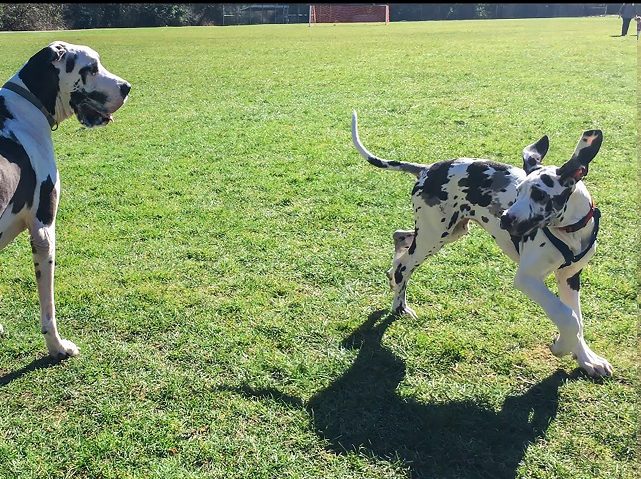